If you or someone you know and love has been diagnosed with lung cancer or mesothelioma from exposure to asbestos, you could be due financial compensation.

To get compensated, you need to have the best Michigan mesothelioma lawyer who knows the differences between these types of cancers and has plenty of experience with mesothelioma cases. To get the compensation that you are due, hire the best mesothelioma and lung cancer lawyer in Michigan.

Asbestos refers to a group of six different silicate minerals made of long fibers. These fibers are released into the atmosphere due to abrasion or some other process. Asbestos has been used for heating insulation, pipe insulation, brake linings, shingles, roofing, and more, and it is incredibly hazardous to a person’s respiratory system.

When a product containing asbestos cracks open or is abraded somehow, asbestos is released into the atmosphere. If you breathe in the asbestos fibers, your lungs, the lining of your lungs, or another part of your respiratory system can become inflamed and infected.

Much of the time, effects from asbestos exposure don’t show up for 5, 10, or 20 years. A lot of people who have been exposed to asbestos and contracted an ailment because of this exposure are construction workers who handled the fibrous material on the job.

If you’re in a business in which you’ve handled asbestos, and you’ve been diagnosed with mesothelioma or lung cancer, there’s a good chance that you can get financial compensation for any medical bills or other expenses. A mesothelioma attorney at our law firm can get you the compensation you are due for your medical expenses, personal trauma, and more.

History of Asbestos Exposure in the Workplace

Medical researchers in 1935 first suggested a detrimental causal relationship between asbestos and lung ailments. At that time, the use of this carcinogenic material was becoming increasingly popular. Seven years later, the National Cancer Institute in the United States recognized a factual claim that asbestos causes cancer.

Unfortunately, it took a lot longer for the industrial world to catch up with the medical one. Many companies ignored the dire warnings about asbestos to continue profiting, putting their workers in danger.

The effects of inhaling asbestos may not appear for up to 35 years. If you have been exposed to asbestos and contracted one of these dire respiratory afflictions, you need a law firm in the state of Michigan that understands the statute of limitations on lung cancer or mesothelioma lawsuits.

What is Lung Cancer? 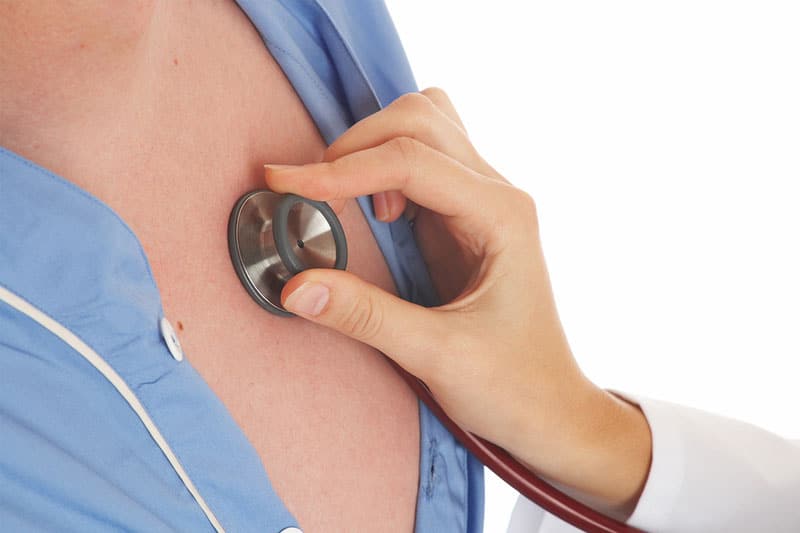 Lung cancer occurs when cells in the lungs grow at an excessive rate, creating a tumor. The tumors and the cancer cells within them destroy the healthy lung tissue and prevent the lungs from functioning normally.

Unfortunately, lung cancer is often diagnosed later, when cancer has already spread to other systems in the body. Out of all the new lung cancer diagnoses, 9% to 15% of them are from exposure to asbestos.

The amount of time and the level of asbestos a worker is exposed to increase the risk of contracting lung cancer. And asbestos can cause more than one lung ailment; it can also cause mesothelioma.

This cancer also affects the lungs but can also affect other areas of the body as it is an ailment of linings – the linings of the stomach, uterus, or other organs. In contrast, lung cancer only occurs in the lungs.

The Difference Between Mesothelioma and Lung Cancer

According to the CDC, lung cancer kills more men and women than any other form of cancer. Out of the 600,000 cancer deaths in the United States in 2012, around 57,000 were attributed to lung cancer, and only 2,700 were due to mesothelioma.

Victims of asbestos exposure can often be misdiagnosed as the symptoms for many ailments caused by asbestos present similarly – shortness of breath, trouble breathing, and chest pain. Misdiagnosis can become a significant problem when a worker who was once exposed to asbestos in the workplace seeks recompense.

A definite diagnosis is necessary to take advantage of the trust fund created to recompense asbestos victims. If misdiagnosis occurs, the victim may get the wrong medical treatment. They may also be refused compensation on the grounds of that misdiagnosis.

The amount of funds a victim is entitled to often depends on their diagnosis. Often, what was initially diagnosed as lung cancer turns out to be mesothelioma and vice-versa.

Our legal team at our Cochran, Kroll & Associates, P.C. strongly advise anyone who believes that their ailment is due to asbestos getting a second or even a third medical opinion. It is especially helpful to find a medical professional who has dealt with asbestos ailments in the past.

To start building a solid case, our attorneys will ask you for your medical records, records of the asbestos exposure, a list of witnesses, and the party who may be responsible. After this evidence is collected, your attorney from Cochran, Kroll, & Associates, P.C. will notify the offending party.

Our professional team of mesothelioma and lung cancer lawyers at Cochran, Kroll, & Associates, P.C. can help you get the compensation and justice you deserve. If you or one of your loved ones once worked with asbestos and now has contracted lung cancer or mesothelioma, you may be due financial compensation.

Call us toll-free at (866)-755-9502 to schedule your no-obligation consultation. Our expert mesothelioma and lung cancer attorneys will review your case. No one who has an ailment due to asbestos exposure should have to suffer needlessly and without recompense. Cochran, Kroll, & Associates, P.C. can help.