The 3M combat arms earplugs lawsuit was a major decision in the U.S. court system that resulted in the Minnesota-based manufacturing company paying a substantial settlement to the U.S. Department of Justice for supplying defective equipment to the military.

But what does this settlement mean for the men and women who served and were affected by the faulty equipment? The following seven facts about the 3M combat arms earplugs lawsuit can help veterans with hearing impairment consider whether they should seek out a personal injury lawyer to help file a claim.

The purpose of the dual-ended earplugs

The 3M earplugs in question were a dual-sided model that allowed for dual-purpose noise cancelation in the field.

The earplugs were defective

The earplugs 3M produced as a continuation of a design developed by Aearo, which was bought by 3m in 2008, were defective.

Each end of the dual-sided earplug was not long enough for a universal fit in all ear canals. This resulted in an improper seal that did not allow for noise cancellation, the product’s intended purpose.

The earplugs also shifted in the ear during wear, causing them to come loose without the wearer’s knowledge.

Military members are the victims

These 3M dual-sided earplugs were given to military servicemen and women between the years of 2003 and 2015.

For those who served in Iraq and Afghanistan, these earplugs were standard issue. If you have been diagnosed with tinnitus or hearing loss after serving in the military during this period, you may be eligible to receive compensation. Seek the help of a top personal injury lawyer in Michigan to help you determine your eligibility.

A False Claims suit was filed against 3M

A whistleblower came forward to indicate that 3M had prior knowledge that the earplugs they were supplying to the U.S. military were defective.

Because of this, the government initiated a lawsuit against the company, citing the False Claims Act.

The False Claims Act, also called the Lincoln Law, states that any company or person that enters into a contract with a U.S. government program and knowingly provides a faulty service or product can be held liable for damages. The act is intended to protect the integrity of taxpayer’s money and how it is used by the government.

A settlement was reached

After the government enacted the lawsuit, it was found that the 3M company was aware the earplugs had received a Noise Reduction Rating of zero in initial design testing.

Despite this, 3M continued to supply the U.S. military with the defective earplugs under the U.S. government contract.

In July 2018, 3M agreed to pay a settlement of $9.1 million to the U.S. government for losses that were incurred in purchasing the earplugs from the company.

The victims will not receive any of the $9.1 million settlement 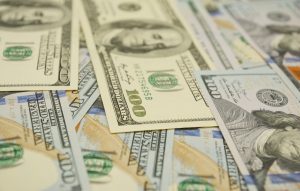 The 3M combat earplugs lawsuit settlement is meant to cover the funds spent by the government on the dual-ended earplugs over the 12-year contract. Along with this, a $1.91 million portion of the settlement was awarded to the original whistleblower.

Not a cent of the settlement will be put toward the damages incurred by U..S military service members.

Despite this, there is still hope for victims of the 3M earplug scandal: In Michigan, and throughout the country, top personal injury lawyers are submitting 3M combat arms earplugs lawsuits on behalf of clients.

If you or a loved one served in a branch of the military anytime from 2003 to 2015 and suffered hearing loss or tinnitus, you may be eligible for compensation. Seek out a free law consultation with Cochran, Kroll & Associates, P. C. today at 866-MICH-LAW. We are only paid if we make a recovery on your behalf. If there is no recovery, you owe us nothing.

Disclaimer : The information provided is general and not for legal advice. The blogs are not intended to provide legal counsel and no attorney-client relationship is created nor intended.

Timothy Park
Tim is a writer and editor who earned his Bachelor of Arts in Journalism from the University of Maryland and calls Washington, D.C., home after spending most of his adult life in the country’s capital. Although Tim spent most of his post-college years in the restaurant industry, he became interested in writing about legal matters after he recently moved to Colombia. Today, Tim writes professionally about medical malpractice, drug policies, and workplace injuries. Tim is focused on curating his freelancing career and plans to work remotely for as long he can.
« 6 Reasons Why You Need an Experienced Medical Malpractice Law Firm for Your Claim
Airbag Injuries: How to Protect Your Rights »